RAM on the Road!

This week brings the beginning of this year’s Triple R Anti-Bullying Tour. With rehearsals completed and the team ready and raring to go, Sarah shares her thoughts on the coming weeks.

I’m writing this having just got in from our final rehearsal for Repeat After Me, Unique Voice’s secondary anti-bullying tour. It’s been quite a week- from character exploration, to staging the show and rehearsing the workshop- and there is definitely a buzz of excitement among the team. As always it seems to be the case when working for Unique Voice I have once again found myself surrounded by passionate, proactive and generous actors who all have a great deal to offer to this project. Several new cast members have also brought new aspects to their characters, which has allowed me to delve deeper into Carly, the character I’ve played for three years now.

Despite this being the third year we have performed this show as part of Anti-Bullying season, the play and the workshop has been tweaked and updated to ensure it is as relevant as possible for the young people who will experience it.

One of the most important messages conveyed this year in particular is that of accountability. In the grand scheme of things, there are usually relatively few bullies in a school- but the way others respond to them and their actions can have a massive influence of the impact of their actions.

Let’s say for example that an individual has posted a bullying status about one of their peers online- I think most people would agree that they would be in the wrong. But then let’s say that 2, 20, 200 or even more people ‘like’, ‘share’ or comment on this status. Are they responsible for the impact of this status on the targeted individual? Whilst I’m sure may would argue that because they didn’t post the initial comment they played an innocent part, I would disagree.

Essentially, what this does is encourage the bullying behaviour, pursue the conversation and gossip about the situation, and further upset and intimidate the target of this behaviour.

I’m sure many people who do encourage these comments we so often see in cyber bullying in particular are unaware of the impact of their involvement, but this cannot remain to be an excuse, especially when the impact could so easily be different and less damaging to the self-esteem, confidence and happiness of others.

Say the first person who saw an offensive or bullying comment, reported it to which ever social media site it appeared on, say they reported it to their head of year at school the following day, say they offered some reassurance to the recipient and discouraged anyone spreading it any further. Surely this is a more appealing and appropriate reaction.

I believe that part of our job on this tour is to encourage young people to stop and think. To consider the consequences of their actions, to take a step back before getting swept along in the hype of the latest gossip, to think about their morals before agreeing with something just because of who said it.

Anyone who witnesses bullying has a responsibility to do something about it. We are not asking young people to do anything that makes them feel unsafe, but that they act when they recognise bullying, to report it to someone who CAN help, so that it can be resolved as promptly as possible.

You can Contact Us for information about how to get Triple R in your school.

Click here for more information about Repeat After Me.

Summer Holiday Programmes – Through the eyes of our Summer Coordinator 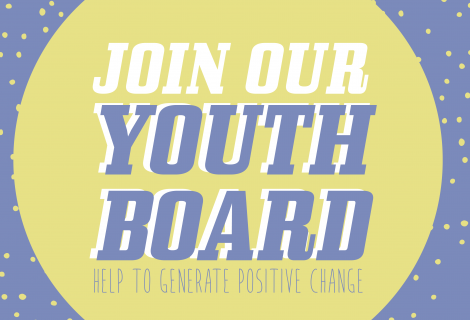 Copyright 2011-2021 Unique Voice CIC | All Rights Reserved
We use cookies on our website to give you the most relevant experience by remembering your preferences and repeat visits. By clicking “Accept”, you consent to the use of ALL the cookies.
Cookie settingsACCEPT
Manage consent

This website uses cookies to improve your experience while you navigate through the website. Out of these, the cookies that are categorized as necessary are stored on your browser as they are essential for the working of basic functionalities of the website. We also use third-party cookies that help us analyze and understand how you use this website. These cookies will be stored in your browser only with your consent. You also have the option to opt-out of these cookies. But opting out of some of these cookies may affect your browsing experience.
Necessary Always Enabled
Necessary cookies are absolutely essential for the website to function properly. These cookies ensure basic functionalities and security features of the website, anonymously.
Functional
Functional cookies help to perform certain functionalities like sharing the content of the website on social media platforms, collect feedbacks, and other third-party features.
Performance
Performance cookies are used to understand and analyze the key performance indexes of the website which helps in delivering a better user experience for the visitors.
Analytics
Analytical cookies are used to understand how visitors interact with the website. These cookies help provide information on metrics the number of visitors, bounce rate, traffic source, etc.
Advertisement
Advertisement cookies are used to provide visitors with relevant ads and marketing campaigns. These cookies track visitors across websites and collect information to provide customized ads.
Others
Other uncategorized cookies are those that are being analyzed and have not been classified into a category as yet.
SAVE & ACCEPT